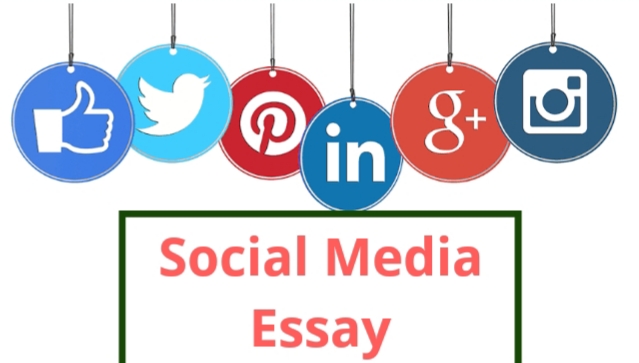 Social Media Essay: We need to know the impact of social media on human life today and its advantages and disadvantages. Students need to know this subject in a more comprehensive way that how to use social media as a medium of communication and how it should be as an activity.

A little care should be taken while writing this essay as it is necessary to have a thorough knowledge of the subject. Avoid making any imaginary extensions. Let’s see how you can write an essay on “Social Media” in a very simple way!

As the media and technology evolve, we become more aware and evolving. It is not entirely correct to present the concept of development from a scientific point of view. It is equally important to consider existence and nature. Social media is not a global problem but its excesses can be detrimental to everyone.

It is important to rise above the individual level and maintain social commitment and thus communicate. Such a dialogue should never be an argument. No element of society should be hurt by it. All the elements of the society have started coming together through all the organizations and individuals in the field of media. The whole world has come on one platform. It should only be used for problem solving and pure entertainment.

Social media is becoming more effective than television today. As the Internet spreads all over the world, everyone is using the Internet. Mobile and computer are effective means of communication that are widely used today. Various websites, applications, and software are available on this medium.

Essay on Social Media in English

The term social media has emerged over the past decade. Anything or one’s own opinion could be easily expressed. It became a community of people and society. Social sites began to be used to come together physically and solve problems. It started saving a lot of time and money.

Video and text blogs were created for the rapid exchange of information. The trick of spreading one’s opinion or information to other countries has become possible through these social sites. News, books, movies, everything became easily available. A great store of knowledge appeared before the people. Everyone started choosing the field of social media according to their interests.

You would get up in the morning and pick up your mobile. Automatic entertainment and information in any field can be easily opened on the mobile screen. But one must also know the advantages and disadvantages of such technology and especially social sites, otherwise, scientific development will lead to the complete destruction of human capabilities.

Social media brought all societies, people, together. The exchange of ideas and culture became possible. The person in the country easily became friends with anyone in the world. Human and natural problems began to be solved. Overwhelmed people started forming groups and then started coming together for action. Politicians, actors, social organizations all started working on social media so their leap to the people increased. Your opinion began to spread everywhere.

The above benefits are obvious if you only use social sites for entertainment. Such entertainment can be time consuming. All-day long people are sitting on mobiles and computers. So health can be endangered. Disorders like eye disorders, back pain, headaches can occur. The rise of social media has led to a spate of misinformation and rumors. Children are becoming mentally ill without being educated.

Peace and stability are threatened by social media. Social instability is beginning to be felt. People are beginning to rely more on votes than action. There is nothing wrong with trying to solve social and personal problems, education, or a little entertainment, but if you spend hours chatting and watching videos, you will lose your mental stability. Therefore, it would be beneficial to use social media for controlled needs without overdoing it.

Comment on this Social Media Essay if you really liked it. Let me know if you have any further issues or points regarding social media. Thanks!