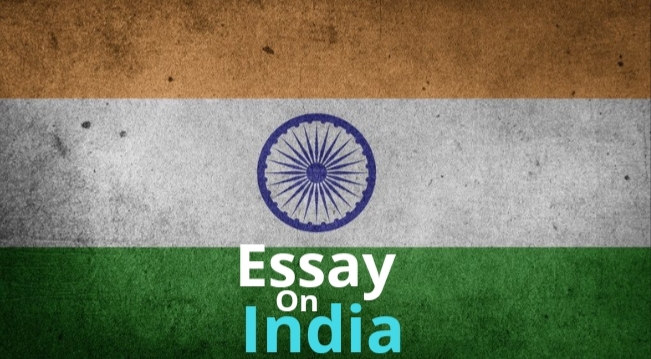 India is a diverse country. The territorial boundaries of different states, cultural history, diversity of languages ​​bind the country together. The “essay on India” or “My Country – India” is written with the aim that everyone should know the geographical, historical, cultural, and current information of India.

Students need to know enough about India while writing this essay. This essay must have been linked by historical context and current situation, as well as a concise wording. This type of essay should not be exaggerated. So let’s see how to write an essay on India!

India is situated in a geographical structure through which its culture and traditions have survived since time immemorial. Indian culture is a culture that has never been destroyed. The strong spiritual and cultural base of the people here gives a kind of coherence and umbilical cord to the existence of India. At the same time, India has also given awards for
science and modernity.

Historical references to this land are found to be ten to fifteen thousand years old. Sat Yuga, Dwapar Yuga, Kali Yuga which are thousands of years old are presented here. Astrology and mathematics were first used in a beautiful way in India. The history that has taken place here is known all the time but the tendency to learn from it without giving much importance to it is in the Indian psyche.

Considering the geographical structure, the south-eastern and south-western borders of the country are covered by the endless ocean, while the Himalayan mountains stand firm in the north. Due to the right amount of rainfall and never a major degradation of nature, agriculture is a traditional occupation in this country. India has a farming tradition of many thousands of years.

While there are two seasons in the whole world, there are three seasons namely summer, rain, and winter. Each state has more sub-seasons for those three seasons depending on climate change. A total of 29 states are found in India. The languages ​​are also different. Even though the costumes are different, the whole land of India is referred to as one country. Many rivers like Ganga, Yamuna, Kaveri, Godavari have been cultivating the land for thousands of years.

The state system that has been in place here for a long time is the one that provides justice. Emperor Ashoka, King Rama, King Harishchandra and many other kings have passed away here. At present, democracy is the least violent and legal system in India, with one leader elected by all. His administration is based on the people. The Constitution of India is the foundation of the survival of the people and the values ​​of the state.

India looks different in every century. The last few centuries have seen huge foreign invasions of India. India was a foreign power with Afghan, British and Portuguese powers. The heroes of this country have lost their lives since the 16th century to get the independence of the country. India has been plundered many times but no one has been able to deprive the people of their spiritual strength and livelihood.

Many cultures were scattered all over the world. The only basic foundation of their lives was material happiness. Not so in India, however, India has retained its spiritual status. Various human upliftment arts such as devotion, logic, technique, meditation, yoga have been practiced in India since time immemorial, so the Indian people succeeded in going beyond material pleasures and exploring cosmic existence and happiness.

Short Essay / Paragraph On My Country – India in 150+ Words

Due to lack of education, faith became superstition, and Indians were driven crazy. Education is now ubiquitous, so things that were truly valued are once again being nurtured as a culture. Scientific progress is equally admirable. India has successfully completed the lunar mission, the Mars mission. Scientists in India are spread all over the world. The Indian youth is strengthening its position in the field of technology and computer.

The Indian population is growing day by day. The social system here is working to give direction to the Indian youth. No one person can lead the society in a different and wrong way because of social stability. Indian society and culture has always gone beyond physical pleasures to spiritual advancement. These western countries are not easily recognizable and they drive India crazy. They know how violent, mentally depressed their countries are today.

India is not only a country run by traditional values ​​but also has scientific truth. India has always known the truth that it exists even without the body. Scientists around the world are now confirming it. Yoga, meditation, and Ayurveda are now attracting the attention of all countries. India’s progress in science, arts, sports, education, all is remarkable. There is no doubt that India will emerge as a world leader in the next few years.

So, I hope you like this India Essay. If you have any queries about this topic or our essays please comment below. We will definitely back to you. Your suggestions mean to us. If you want other essay topics then click on the bellow links or visit our Essays category. thank you.