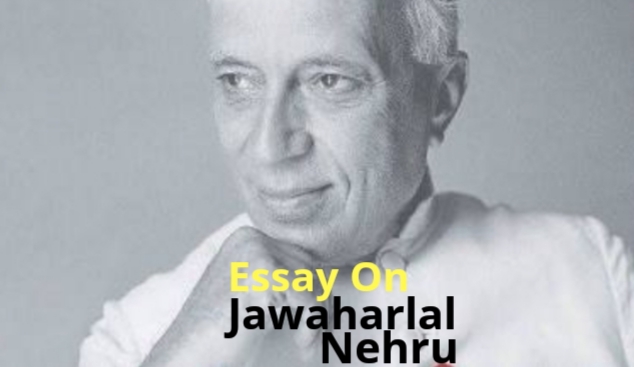 Students have to write an essay in this section about my favorite leader or individual. When writing an essay, you need to know the truth about the leader. Writing this essay means that students should have a good memory. The entire life span of any leader is expected to be brief. Let’s see, then, how to write My Favorite Leader Essay!

The life of Pandit Jawaharlal Nehru can be divided into the freedom struggle and the post of Prime Minister who held the post of independence responsibly. Students need to write an essay on his life to learn about his life and memorable political journey. When writing an essay, one has to put into words the important events of his life and political career as well as his personal life.

Pandit Jawaharlal Nehru was the first Prime Minister of independent India and the leader of the National Congress Party. His struggle in the Indian War of Independence and his contribution to India’s post-independence journey is invaluable. Jawaharlal Nehru was very sensitive. He loved children and roses. Children and other people close to him used to call him “Chacha Nehru”.

Pandit Jawaharlal Nehru was born on 14 November 1889 in Allahabad to a Kashmiri Pandit. His father’s name was Motilal Nehru. At the age of 26, he married Kamala Kaul. Indira Priyadarshini was his daughter. Pandit Nehru was a barrister by profession. He later started his career in politics.

Jawaharlal Nehru’s childhood education was through private tutoring. Then at the age of fifteen, he went to England and then for two years to Harrow for education. He graduated from Cambridge University with a degree in Natural Science. After completing the education, he returned to India in 1912 and began his own political journey.

My Favorite Leader Essay In 500+ Words

When he met Mahatma Gandhi in 1916, he was inspired to join the freedom struggle. In 1919, he became the president of the Home Rule movement. In 1920, he organized the first Kisan Morcha in Pratapgad district of Uttar Pradesh. He was later imprisoned twice for non-cooperation.

In 1923, Pandit Nehru became the Secretary of the All India Congress Council. In 1928, when the Simon Commission staged protests, they were attacked with batons. He started the Independent India Movement in 1928. In 1929, Pandit Nehru became the President of the Lahore Convention of the Indian National Congress. At the convention, it was decided that complete independence was our goal. His father Motilal died in 1931.

Pandit Nehru was imprisoned many times due to the “Salt Satyagraha” and other agitations. He wrote his autobiography while in Almora Prison. Completed in 1935. His wife Kamla Nehru died prematurely in 1936. In 1942, at the Mumbai session of the All India Congress Committee, he made the revolutionary slogan “Leave India”. So they were arrested immediately. This imprisonment lasted a long time. He was released in 1945. He was imprisoned a total of 9 times in his life.

On July 6, 1946, he was elected President of the Congress. He held the post till 1954. After India’s independence on 15 August 1947, he became the Prime Minister of Independent India. Pandit Jawaharlal Nehru passed away on May 27, 1964. He was known as a very loyal, always happy, and humane leader.

So, I hope you like this Essay on My Favorite Leader. If you have any queries about this topic or our essays please comment below. We will definitely back to you. Your suggestions mean to us. If you want other essay topics then click on the bellow links or visit our Essays category. thank you.