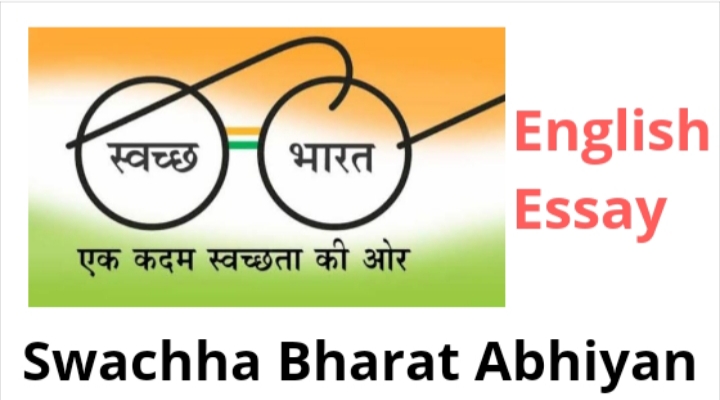 The Swachh Bharat Abhiyan was announced by Prime Minister Narendra Modi on October 2, 2014, on the occasion of Mahatma Gandhi’s birth anniversary. Everyone should know the importance of cleanliness and the responsibility of keeping our homes, neighborhoods, villages, cities clean. Students are encouraged to write Swachh Bharat Abhiyan Essay in school life for more information and their future initiatives.

Let us see how to write an essay on Swachha Bharat Abhiyan. Students should keep in mind that no extra designing issues and not writing them down.

Every nation is becoming more and more aware of cleanliness as it is developing. The moral duty of maintaining cleanliness has become a necessity in modern times. Nature is becoming lukewarm as the population grows. The lack of cleanliness is also seen as a deteriorating social status.

If we are leading India on the path of progress or even thinking of it, our basic duty should be to clean the premises. For this purpose, Prime Minister Narendra Modi announced the Swachh Bharat Abhiyan on October 2, 2014, the birth anniversary of Mahatma Gandhi.

This initiative is being taken care of at all social, state and national levels. The main objective of this campaign is to make all villages and towns free of defecation (free of defecation) and to maintain and maintain all infrastructure. While science and technology are in progress in India today, awareness about sanitation is not seen at all levels. Everyone believes that this awareness campaign will be possible.

Gandhiji loved cleanliness. They used to make brooms and clean the area. We must realize Gandhiji’s dream about cleanliness. When a father of the nation says something urgently, it needs to be carried. A Clean India campaign has been launched with the objective of “Clean India” and its campaign should be re-implemented.

Jayghosh that is Slogans have been given for the mission – “One Step towards Cleanliness” and “Clean India Green India”. All schools, social institutions, and government institutions are actively involved in this mission. If there is uncleanness in the area with a broom itself, everyone is struggling to clean up the area.

India is gaining a respectable position in tourism. Due to the natural and cultural diversity of the country, foreign tourists visit India in large numbers, but the view of uncleanness when they come here is not appreciated. Therefore, cleanliness is important for us and foreigners to like this country.

It is now mandatory for every household to have a toilet and use it. Prior to this campaign, a test revealed the shocking truth that many families in India are without toilets. Also, awareness of hygiene was low. If these two things are fulfilled, India can work shoulder to shoulder with other advanced nations.

There is no toilets in rural India. The situation in the city is even worse. It was a matter of regret that the toilet was not at home, except for sanitation problems. Therefore, it is very important to have a free country. In addition to this, the Government of India showed that every citizen can be aware of cleanliness if the infrastructure is available and this campaign is launched.

Everyone must strive to fulfill the purpose of this mission. Tobacco, gutka, spit, and garbage should be avoided in public places. Also, it has become necessary to minimize the use of plastic. No matter how many organizations are created, they cannot work in the corners of the country, so as citizens of India, they have to carry out the task of using the toilet, cleaning themselves in case of waste.

It was the 150th birth anniversary of Mahatma Gandhi. The mission of the campaign was to make the whole of India a success by that birth anniversary. Also, the cleaning work done so far is commendable. The central government and state government both pay Rs 12,000 for each toilet for the construction of toilets. Public toilets are also included in the scheme.

In India today, the faces of the dignitaries, social organizations, players, actors of different levels are made of faces. Every Indian citizen must join this mission, not just as a government plan or campaign but as a responsibility. This campaign should continue like this and everyone wants to be content with the dream of cleaning.

So, I hope you like this Swachh Bharat Abhiyan essay. If you have any queries about this topic or our essays… please comment below. We will definitely back to you. Your suggestions mean to us. If you want other essay topics then click on the bellow links or visit our Essays category. thank you.