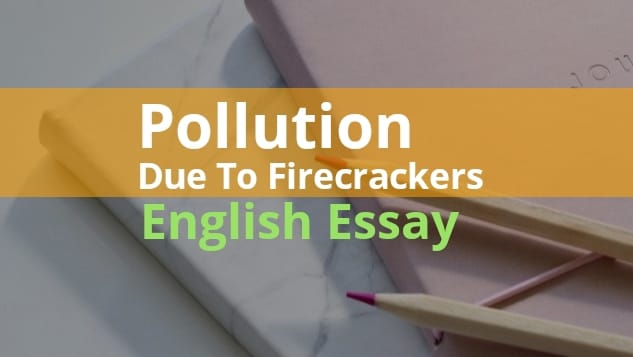 Firecrackers are always sold at wholesale prices, so it is very cheap to play firecrackers, so most of the people play firecrackers on Diwali, festivals, processions, celebrations, birthdays. There is nothing wrong with playing fireworks. But if it is excessive, it spreads pollution in the environment.

The joy of the festival should be expressed through action. Playing firecrackers for this is never a sign of a happy mind. The amount is increased as there is a facility to play firecrackers. Firecrackers that make a lot of noise and do not tolerate the ears are also played. Therefore, playing with firecrackers is not good for the environment and animals.

It doesn’t matter if you think of the environment, but everyone can think of themselves. The firecrackers that are blown up at festivals, events, ceremonies are endangering human health. A kind of restlessness is created in the mind and body.

For those who suffer from heart disease and high blood pressure, sudden bursts of firecrackers can be a nuisance. A bomb explodes so loudly that it can impair a person’s ability to hear. Many times pets run away in fear of the sound of firecrackers.

The issue of air pollution is creating the most frightening situation. Whether it is firecrackers that make noise or do not make noise, the toxic smoke that comes out of them is inhaled in the body in the same way, so it can cause lung and respiratory problems. If the chemicals that makeup firecrackers go wrong in the human body, it can be life-threatening.

The biggest threat from firecrackers is pollution, but young children’s organs are so sensitive that if they come in contact with firecrackers, they can damage their eyes, skin, and ears. If adults play with firecrackers, children will be stubborn! Therefore, there is a need for older people to act sensibly.

Air pollution and noise pollution are one of the main pollutants that can create an imbalance between human health and the environment. Humans are sensitive animals. Its sensibility can certainly save society from such pollution. So, from today onwards, let’s resolve that only controlled and proportionate, non-loud firecrackers will be played and if possible, don’t burst firecrackers.

How did you like the essay on Pollution caused by firecrackers? Be sure to let us know your reaction … Thank you!

1 thought on “Pollution Due to Firecrackers Essay In English |”