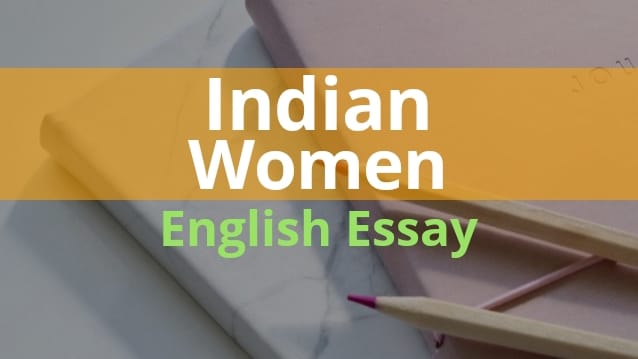 The woman in India is not just a biological object but a symbol of female power. In the Indian subcontinent, a woman is considered a symbol of the goddess. An Indian woman has always been the point of development in terms of development and purpose of life. In the sense that Indian society is changing, the will of women is largely responsible.

From all the available written history of India, you can see that only the rites performed by a woman have been able to produce great people. The women themselves have ruled the Indian subcontinent if need be and have also entered the battlefield. You find mentions of such women in every state.

Indian culture is a great culture. Women have a very important role to play in sustaining it. Since agriculture is an important livelihood, both men and women have been working together. There is very little chaos in India as the spiritual foundation is strong. There is a tendency of women to seek selflessness rather than selfishness. They have only one goal, how to do good deeds in daily life and how to make the world happy.

In India, we see state-wise cultural change. From Kashmir to Kanyakumari, there is a big difference between a woman’s dress, her dialect, her moves, her work. Since the nature of a woman is full of acceptance, her responsibility is to take care of the children and to support the man.

Although the practice of child marriage no longer existed, it involved the spiritual development of a very large woman. If a woman were to marry a man at an early age, that marriage would be her lifelong companionship. So the bride and groom could never use the language of divorce. The sanctity of such a marriage and the love of a partner, a woman lives by adopting from birth.

The nature of work for a woman is determined by her strengths. Also, before marriage, a woman is given tasks that will be useful to her after marriage. This makes it easy for an Indian woman to cook. After marriage, a woman has to live with her husband’s family as her own family. Her last name is also changed. The loving family environment required for the child’s upbringing is that of her husband’s home. Therefore, marriage and life after it are very important for a woman.

The Indian woman is also not far behind in the field of art. Today’s modernity gives a lot of freedom to a woman. From time immemorial, women have a special place in music and dance. Today, business, education, sports, and handicrafts are also occupied by women. A woman’s fit nature makes her successful in all fields. In India, therefore, women are receiving special honors today.

As agriculture is a traditional occupation, besides farming, the village also carries out livestock such as cows, buffaloes, goats, and chickens. In all such works, the woman in the Indian village is strongly supporting the man. Also, a woman from an Indian village does very delicate and important work like cooking, taking care of the house, and raising children.

Since dedication and spiritual life is the foundation of a woman’s life, taking care of her husband, children, and family, as well as selfless service without any vested interest, is the characteristic of an Indian woman. Today, with globalization in the 21st century, Indian women have made their mark in the fields of film, drama, sports, music, and business.

Let us know what you think of this essay on Indian woman, Write your opinion in a comment box… Thank you!